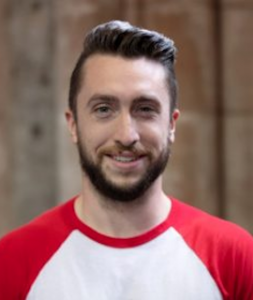 While in New York he studied under the mentorship of Broadway choreographers David Marquez and Josh Bergasse.

He was a member of The Chase Brock Experience and SLC where he created new works shown at City Centre, Alvin Ailey Theatre, Cedar Lake and The Joyce, all in New York.

He has toured Internationally with cruise ships and stage shows such as Shake, Rattle and Roll, Dancing Queen, Carousel and West Side Story.

Neil is a member of Ponydance, and has performed their shows ‘Ponybois’ ‘Where did it all go Right’ ‘Pony Panto’ and ‘Anybody Waitin’ all over the world, his favourite being at HIFA festival in Zimbabwe.

As a teacher, Neil has taught workshops throughout Ireland, UK, Mexico and USA. He was also on faculty for The Joffrey Summer Intensive,The Pulse Convention, USA and Perform, Ireland. He has judged numerous dance competitions throughout Ireland and the UK such as 5,6,7,8 Elite Dance, Art in Motion, Spring Elite Classic and the All Ireland Inter- Varsity Competition